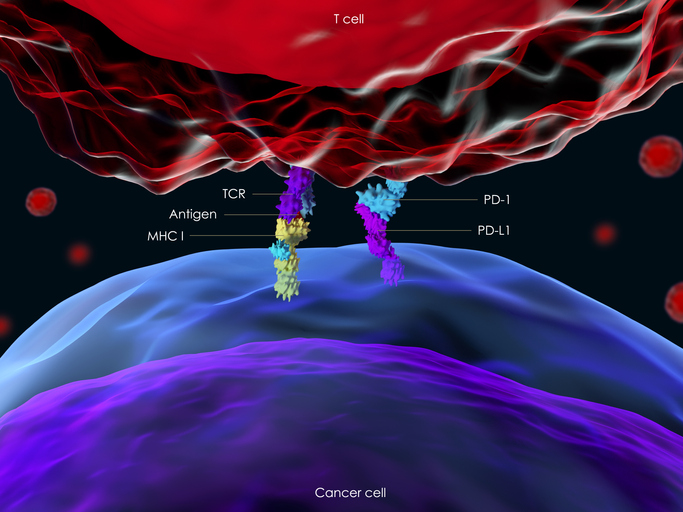 Programmed death protein 1 (PD-1) expression in tumor-infiltrating inflammatory cells may be indicative of unfavorable survival outcomes in patients with clear cell renal cell carcinoma (ccRCC), according to a study published in In Vivo.

“Programmed death ligand-1 (PD-L1) and PD-1 expression levels in many tumors and their correlation with prognosis have been actively studied. However, studies on PD-1 expression and its prognostic value in ccRCC are limited and controversial,” the researchers wrote.

They collected data on 166 patients with ccRCC treated between 2000 and 2009 at a single institution. Representative paraffin blocks of ccRCC specimens were used to create tissue microarray blocks. PD-L1 and PD-1 expression in tumor and inflammatory cells were assessed by two pathologists.

“PD-1 expression in tumor-infiltrating inflammatory cells serves as an independent prognostic factor for unfavorable DSS in patients with ccRCC,” the study authors wrote in their conclusion.