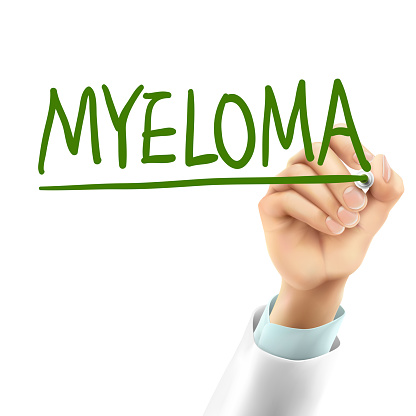 In longer-term follow-up from the GRIFFIN trial, the combination of daratumumab and lenalidomide, bortezomib, and dexamethasone (D-RVd) continued to provide deep and durable responses in patients with transplant-eligible, newly diagnosed multiple myeloma. The findings, which report results from 24 months of maintenance therapy, were presented at the 2021 American Society of Hematology Annual Meeting.

According to the study authors, the results support use of daratumumab plus RVd induction and consolidation with daratumumab maintenance in transplant-eligible patients with newly diagnosed disease.

The primary analysis of the phase II GRIFFIN trial, with a median follow-up of 13.5 months, showed a higher rate of stringent complete response (sCR) with D-RVd compared with RVd alone by the end of the post-AHCT consolidation. The present analysis, which included date from a median follow-up of 27.4 months, showed that the benefit persisted. After 24 months, the rate of sCR was 66.05% for D-RVd compared with 47.4% for RVd alone (p = 0.0096).

The study was not powered for progression-free survival (PFS) analysis, but with a median follow-up of 38.6 months, median PFS was not reached for either treatment arm. However, the researchers said that it was trending toward favoring the daratumumab combination. The estimated 36-month PFS was 88.9% for the D-RVd arm and 81.2% for the RVd arm.