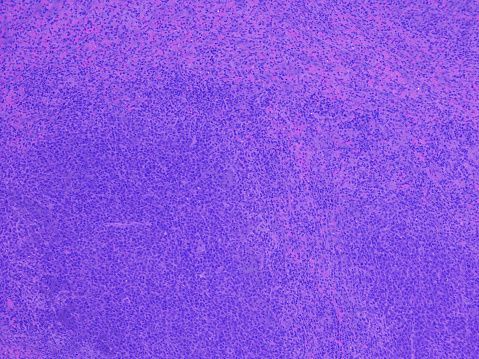 In an international retrospective study presented at the 2021 ASH Annual Meeting, high-dose methotrexate did not reduce secondary central nervous system (SCNS) lymphoma events in patients with high-risk B-cell lymphoma. This lack of benefit was seen in the entire study population, and also when limited only to patients in complete response, according to study authors.

The investigators explained that SCNS or CNS relapse is an uncommon but devastating complication of aggressive B-cell lymphoma. This complication is widely treated with intravenous high-dose methotrexate, but there are few data supporting the practice.
Researchers performed a retrospective study of patients with diffuse large B-cell lymphoma (DLBCL) and CNS-IPI 4-6, high-grade B-cell lymphoma (HGBL) with rearrangements of MYC+BCL2 and/or BCL6, and primary breast/testicular DLBCL irrespective of CNS-International Prognostic Index (CNS-IPI). Patients were treated at 21 sites in Australia, Asia, North America, and Europe. All included patients were diagnosed between 2000 and 2020 and treated with curative intent anti-CD20 chemoimmunotherapy. Use of high-dose methotrexate was defined as at one cycle of intravenous methotrexate at any dose.
The researchers conducted two analyses: one of all 2,300 patients and one of the 1,455 patients at the end of frontline systemic lymphoma therapy to SCNS, systemic relapse, death, or censoring (CR-patients). The high-dose methotrexate group had a predominance of males, patients aged 60 or younger, and patients with Eastern Cooperative Oncology Group score 0-1, but otherwise the group demographics were well balanced.

Dr. Lewis and colleague also conducted an exploratory analysis of the effect of high-dose methotrexate among patients with the highest-risk disease – CNS IPI 5, CNS IPI 6, and CNS-IPI 6 plus all testicular, renal, or adrenal involvement. Among these patients, high-dose methotrexate had no effect on SCNS rates.

The researchers concluded that based on these results – despite being from a retrospective analysis – “it appears unlikely that high-dose methotrexate is associated with a clinically meaningful reduction in SCNS rates in patients with high risk for SCNS.”