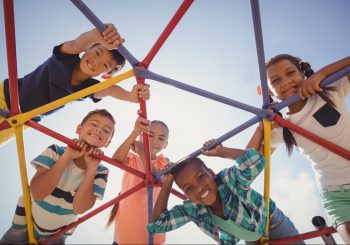 Renal cell carcinoma (RCC) is rare in children and diagnosis is often delayed because the disease may be asymptomatic or the symptoms highly heterogenous. A recent report in the journal Medicine reported clinical characteristics of RCC in children and adolescents, specifically ways the disease might manifest differently in a pediatric population compared with adults.

“Previously, the diagnosis and treatment of pediatric RCC were borrowing from adults. Increasing evidence suggested that pediatric cases of RCC have different clinical characteristics from those in adults,” wrote the authors, led by Min He, of the Department of Surgical Oncology at the Children’s Hospital, Zhejiang University School Of Medicine, National Clinical Research Center for Child Health, in Hangzhou, China. “We presented this report to share our preliminary experiences with pediatric RCC and aimed to identify the differences among pediatric and adult patients.”

To do so, the authors conducted a retrospective review to identify patients newly diagnosed with RCC and treated at Children’s Hospital, Zhejiang University School of Medicine, from 2005 to 2019. The sample included 13 patients (7 male and 6 female). Their median age was 11 years and 9 months (median = 2 years, 11 months to 15 years, 8 months). Tumors were almost equally distributed on the left kidney and right kidney. All patients received radical nephrectomy, and preoperative renal artery chemoembolization (TACE) was attempted for patients with large tumors in advanced stages.

The researchers collected data on tumor size, clinical characteristics, treatment, classification, staging, and outcomes. Patients were followed every three months during the first year, every six months for the following four years, then annually thereafter until time of death. At the last follow-up before publication (February 2020), 11 patients were alive, equaling an overall survival rate of 33.3% for patients with stage IV tumors and 100% for patients with lesser-stage tumors.

The authors also found that microphthalmia family translocation RCC was the most common subtype (n = 11), followed by clear-cell RCC in two patients, papillary RCC in one, and unclassified in one.

The authors also conducted a literature review to identify the most common symptoms of RCC in children, then compared that information to their own cohort. According to the literature review, the most common clinical manifestations of RCC in children are abdominal mass and gross hematuria, which were observed in 38.5% and 30.8% of the authors’ cohort, respectively. Other symptoms included:

The authors’ cohort also had three cases of abdominal contusion leading to incidental diagnosis, all younger than age 7. They argued that the finding shows a need for early screening.

“Early detection and treatment are still the key points that improve survival. However, future studies are urgently needed to determine the appropriate treatment for pediatric patients with advanced RCC to increase the survival rate.”