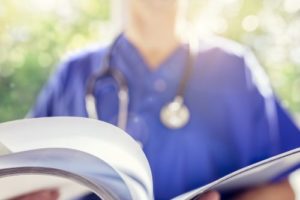 A recent article in JAMA Network Open demonstrates the associations between histologic subtypes of renal cell carcinoma (RCC) and varied clinical courses and differing overall survival rates. The findings show the importance of identifying and considering the heterogeneity among RCC subtypes.

There are more than a dozen recognized variants of RCC; the three most common are clear cell RCC (ccRCC), papillary RCC (pRCC), and chromophobe RCC (chrRCC). The subtypes are biologically distinct, which may affect how and where RCC spreads.

A team led by Shaan Dudani, MBChB, of the Tom Baker Cancer Centre at the University of Calgary in Alberta, Canada, launched a study to examine patterns of metastasis in those three major subtypes of RCC, as well as analyze possible associations between site of metastasis and survival.

The team used the International mRCC Database Consortium clinical database, which includes more than 11,000 patients from more than 40 institutions. Their search yielded 10,105 patients who were starting treatment for metastatic RCC between 2002 and 2019, met the inclusion criteria, and had appropriate data on file. The study excluded patients with mixed histologic subtype.

Among the sample, the median number of metastatic sites was two (range, 0-7). The most common sites of metastasis were lung, lymph nodes, bone, liver, adrenal glands, and brain. Metastasis to the pancreas, pleura, peritoneum, spleen, thyroid, and bowel were less common.

According to the analyses, sites of metastasis differed significantly among the three RCC types:

However, bone metastasis was relatively common in all three subtypes, affecting about one-third of patients in each group. Brain metastases occurred in all patient groups: 8% in those with ccRCC, 3% in patients with pRCC, and 2% in those with chrRCC.

Importantly, patients with metastases to the liver, brain, or pleura had the shortest median overall survival.

“These data highlight the clinical and biological variability between histologic subtypes of mRCC,” the authors wrote. “Patterns of metastatic spread may reflect differences in underlying disease biology.” They encouraged additional research to investigate differences among RCC.