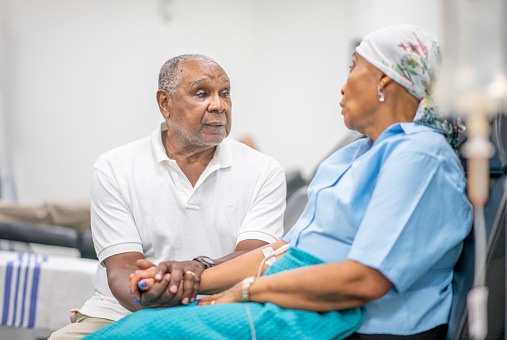 WEDNESDAY, Aug. 12, 2020 (HealthDay News) — Mortality from non-small-cell lung cancer (NSCLC) in the United States fell sharply from 2013 to 2016, while survival improved substantially, according to a study published in the Aug. 13 issue of the New England Journal of Medicine.

The researchers found that mortality from NSCLC decreased even faster than its incidence. This decrease was associated with a substantial improvement in survival over time that corresponded to the timing of approval of targeted therapies. From 2013 through 2016, incidence-based mortality from NSCLC decreased 6.3 percent annually among men, while the incidence decreased 3.1 percent annually from 2008 through 2016. There was a corresponding improvement in lung cancer-specific survival among men from 26 percent for NSCLC that was diagnosed in 2001 to 35 percent among those diagnosed in 2014. Similar improvements in survival were seen across races and ethnic groups and women. However, for small cell lung cancer (SCLC), declines in mortality were almost entirely as a result of declining incidence and not improved survival. This finding correlates with limited treatment advances for SCLC during the same time period.

“The survival benefit for patients with NSCLC treated with targeted therapy has been shown in clinical trials, but our study highlights their possible effect at the population level,” the authors write.

Abstract/Full Text (subscription or payment may be required)