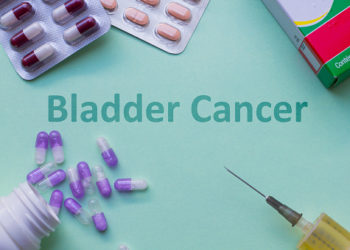 A recent study published in the journal Cancers found that patients with bladder cancer (BC) or renal cell carcinoma (RCC) had significantly shorter telomeres compared to patients who had no malignant disease. The study also found that shorter telomere length was associated with worse survival.

“Intrinsic telomere shortening promotes tumorigenesis in cells with impaired DNA damage repair mechanisms, as dysfunctional telomeres lead to chromosomal instability,” wrote the authors, led by Xi Zheng, of the Department of Urology at Ulm University Hospital in Germany. “Our results show, first, that telomere length is shorter in patients with BC or RCC compared to patients without malignant disease. More importantly, the relative telomere length of peripheral blood leukocyte (PBL) cells is associated with survival of patients with BC and RCC.”

Patients with BC or RCC had significantly shorter telomeres compared to control patients. In addition, analysis showed that short RTL was an independent predictor of worse survival in BC and RCC.

Their findings indicate that telomere length in PBL cells could be a prognostic marker for patients with BC or RCC. The information, in combination with clinical variables, could help healthcare providers predict risk of recurrence and survival, they wrote.