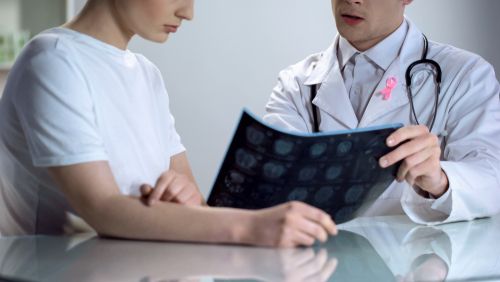 Triple-negative breast cancer (TNBC) teds to have relatively poor long-term outcomes compared to other subtypes of breast cancer. A study presented at the 2022 American Society of Clinical Oncology (ASCO) Annual Meeting examined outcomes with adjuvant chemotherapy in stage I TNBC according to tumor size.

Researchers mined the ICES database to locate records of 610 patients diagnosed with stage I TNBC from 2012 to 2014. They found 610 such patients, then compared differences in overall survival (OS) between groups, based on tumor size.

The authors, led by Kathryn Shum of the Schulich School of Medicine and Dentistry at Western University in Ontario, Canada, concluded that patients with larger TNBC tumors should receive adjuvant chemotherapy for better OS, but that clinicians should be aware that this treatment strategy in patients with smaller tumors may be overtreatment.