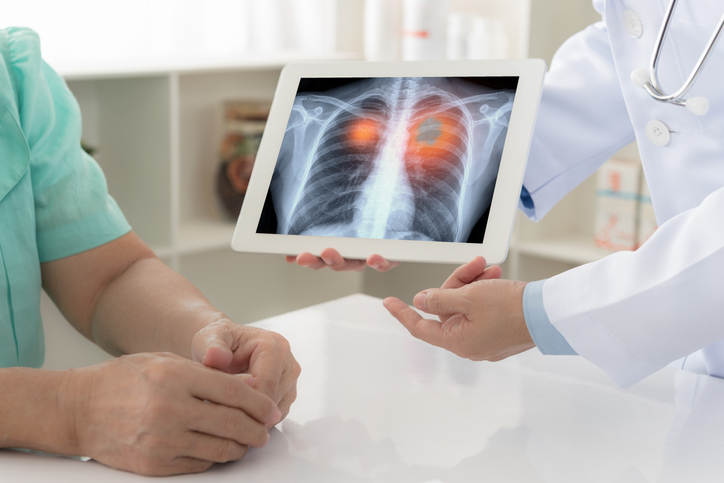 Even with significant advances in treatments, lung cancer remains the number one cause of cancer mortality in the U.S. Nationwide lung cancer deaths are decreasing overall, but certain populations remain at high risk of lung cancer mortality—possibly contributing to the high mortality rate among cancers. Researchers recently focused their attention on one vulnerable group in particular: the homeless population.

“Although homeless rates are decreasing, this demographic group may still represent a significant percentage of those seeking oncologic care, because > 500,000 individuals experience homelessness on a given night in the United States. The barriers faced by these patients in meeting their basic food, shelter, and medical needs are compounded by the logistic and cognitive complexity of multidisciplinary oncologic care,” explained the authors of the study.

To investigate this further, they retrospectively reviewed electronic medical records of 133 non–small-cell lung cancer (NSCLC) patients (96 adenocarcinoma, 37 squamous-cell carcinoma) treated at an academic county hospital in Seattle between September 2012 and September 2018; 22 patients (17%) were homeless during treatment. Of the total cohort, 52 patients had stage I or II disease at diagnosis, nine of whom were homeless, and 81 patients had stage III or IV disease at diagnosis, 13 of whom were homeless.

“There is a significant need for prospective studies to better characterize the disparities encountered by vulnerable populations with lung cancer and develop sustainable strategies to overcome these barriers. We believe a multifactorial approach will be necessary to improve the care of these populations, requiring innovative strategies, including housing for those undergoing diagnosis and treatment; advancement in lower-barrier diagnostic strategies, such as peripheral blood-based assays instead of invasive biopsies; concurrent mental health and substance abuse treatment; and lowering of economic and logistic barriers,” the researchers said in their conclusion.