No GVHD Exacerbations With BCMA-Directed CAR-T 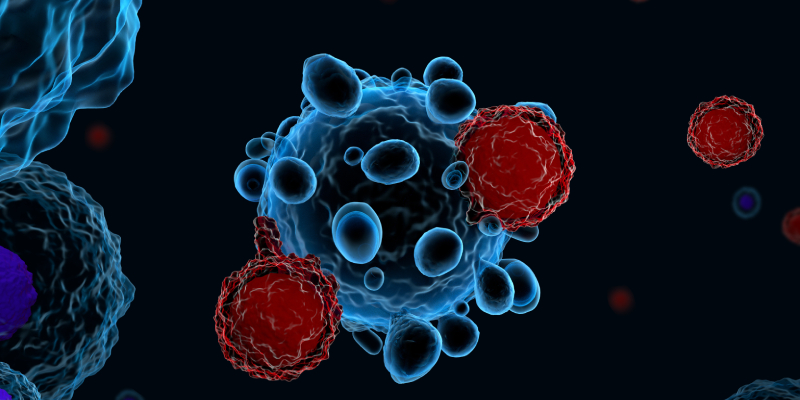 Whereas 58% of patients with relapsed/refractory multiple myeloma who previously underwent transplant had a history of graft-versus-host disease (GVHD), no GVHD exacerbations occurred when they received a B-cell maturation agent (BCMA)-directed chimeric antigen receptor (CAR) T-cell therapy.

Lindsay Hammons, MD, of the Medical College of Wisconsin, and colleagues conducted the study because “limited data exist on the safety and efficacy of CAR T-cells in the post-[allogeneic hematopoietic stem cell transplant] setting where apheresed T-cell products are donor-derived.”

Dr. Hammons and colleagues presented results from the single-center retrospective study at the 64th American Society of Hematology Annual Meeting and Exposition.

They analyzed the safety and efficacy of the treatment in 12 patients with relapsed/refractory multiple myeloma who had a prior history of allogeneic hematopoietic stem cell transplantation (HSCT). The median patient age was 64 years and 67% of the patients were male.

Of the 12 patients, 5 received idecabtagene vicleucel and 7 received an investigational product, with a median of 7 lines of therapy prior to CAR-T. Patients did not experience exacerbation of acute or chronic GVHD after CAR-T infusion.

The overall response rate was 92% at day 28 after treatment, with 75% of patients achieving a complete response and 17% achieving a very good partial response. At the most recent follow-up, 2 patients (17%) had relapsed, 1 at 155 days after infusion and 1 at 975 days after infusion. The median duration of response, progression-free survival, and overall survival were not reached.

“These data suggest that BCMA-directed CAR-T after prior [allogeneic HSCT] does not lead to GVHD and may provide deep and durable disease control in heavily treated [multiple myeloma],” Dr. Hammons and colleagues concluded. “Further studies looking at the functional and phenotypic attributes of these donor-derived CAR-T products are needed to better understand and harness their potential benefit.”