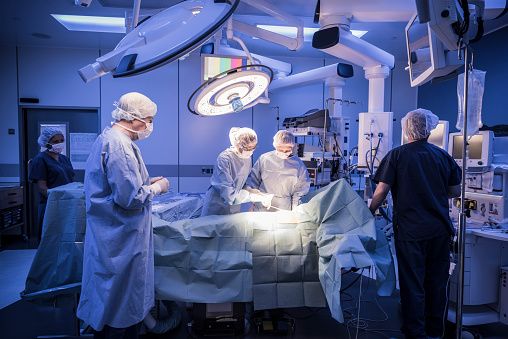 Although surgery has historically been a standard of care for localized renal cell carcinoma (RCC), other options are gaining evidence of effectiveness, including active surveillance. Because the COVID-19 pandemic forced the cancellation and delay of many surgeries, including those for RCC, a group of researchers mined the related data to determine whether delayed surgery affected outcomes in patients with RCC. The results were recently published in World Journal of Urology.

“The delivery of urological services around the world has been severely disrupted during the COVID-19 pandemic. The potential harm of delayed surgery for patients with RCC should not be underestimated,” wrote the authors, led by Vinson Wai-Shun Chan of the School of Medicine at the University of Leeds in the United Kingdom. “These results will provide valuable insight on how we should manage RCC during this difficult time period of COVID-19 and any further waves of infections.”

In patients with T1a RCC, the study found that delayed surgery was associated with worse cancer-specific survival, but the analysis uncovered no difference in overall survival. In T1b RCC, the study had insufficient and conflicting data, so the researchers could not draw any conclusions. In metastatic RCC, the researchers found a significant improvement in overall survival for patients who received targeted therapy followed by cytoreductive nephrectomy, compared with those who had upfront cytoreductive nephrectomy then targeted therapy.

The authors noted the potential for selection bias in their study but concluded that there is not enough evidence to support delayed surgery in localized RCC, so early surgery still should be considered, even in the setting of a pandemic. In metastatic RCC, they wrote, surgeons should consider upfront targeted therapy followed by deferred cytoreductive nephrectomy.